What is QR Code, how to create and scan it:

Do you know what QR Code is and how it works? I think you all must have seen QR code at some time or the other. Small square shaped boxes in which some strange pattern is made.

It must also have come in your mind as to what it is and why it is used. You must have seen these on advertisements, billboards or any products. But hardly anyone has seen it while scanning it.

Some URLs are embedded behind this code, which if we scan with our Smartphones, we will know that otherwise it remains hidden. As soon as we scan that code, it redirects us to the URL of any one website. That is why it has been made.

By the way, many Internet schemes have come and gone but something that has been going on for years is this QR code or Quick Response Code. So today in this article we will know what this QR Code is and how it works. Today we will know about it in full detail. Then what is the delay? Let’s start.

The full form of QR Code is “Quick Response code”. These look similar to the Square Barcode which was first developed in Japan. It is very similar in appearance to traditional UPC barcodes which are like horizontal lines.

But these are more attractive and more information can also be stored in it. Along with this, this can be captured very easily.

If given its second definition, these are machine readable labels which the computer can understand more easily than to understand any text.

QR codes are used everywhere such as tracking a product or identifying it. Simply say, this is an upgraded version of the typical barcode.

He has not kept himself in such a technology that he can only use it to track the product in the warehouse.

Rather its usage has increased a lot like nowadays we can see it in advertisements, billboards and business windows too. Even some websites are using it.

Why is it so important :

You must have got a little idea what is the QR Code . If you have never heard of QR Code before then you might be giving more pressure on your head.

Those who have already joined the Internet, they may already know about what this Square Shaped Barcode is. It may look a little odd in appearance, but small business owners and entrepreneurs must know about it.

We can also call it an extension of QR code which has been used since mid 1970. Earlier it was used in the groceries of Supermarket to track things. But we use it for all big and small companies to increase their sales and productivity.

Talking about a consumer like us, with the help of QR Codes, we can easily do some action quickly by using our SmartPhones.

Like NFC (Near Field Communication), there is no fancy electronic or no special technology being used in it.

This is just a grid of white and black which is printed in a paper and it can be easily captured in the camera of the phone.

The QR Code is first captured with the help of a scanner app, then that app converts that code into some valuable information. Which we can understand.

For example, if you saw a QR code in which advertising board and you scanned it, then it took you to a website, which means the URL of which website was embedded in that QR Code. This is how the QR Code works.

What is the difference between QR Code and 1D UPC Barcode :

By the way, there is a lot of difference in their appearance as well. One looks like empty verical lines and the other like a squared box. If we talk about scanning then the QR Code can be scanned from any direction (vertically and horizontally) but we can scan the barcode from one direction only.

Due to this massive storage capacity, videos and large files can be stored in it very easily. Which is later used in Social Networking Sites like Facebook and Twitter.

How to Scan QR Code from Smartphone :

If you have a SmartPhone even if it is an iPhone, Android then you can also use it to scan a QR Code. For this, you just have to download a Barcode Scanner App like Red laser, Barcode Scanner, QR Scanner with the help of which you can decode any QR Code very easily. All these apps are often free.

You just have to install it and scan that code from your phone’s camera and it automatically decodes that code.

What can be stored in QR Code :

Speaking it in a very simple language, we can also use QR Code ‘image-based hypertext link’ in offline mode. In this, we can encode any URL so that if someone scans the QR Code, then that website can be opened easily.

By the way, if you want to make a video viral, then store its URL in that QR code. Its use is unlimited. In the same way, you can also do with someone’s mobile number.

Note :- Never throw your personal on board pass and other e-tickets of your because this can provide your personal data to any person or fraudsters. So always be safe with this.

Who invented the QR Code :

Denso-Wave, a subsidiary of Toyota Group, first invented the QR Code in 1994.

Originally it was designed to track the various parts of the company, but over time its use also increased greatly, due to which it had to be commercialized.

What are the benefits of QR Code business :

These are many more advantages than any conventional Barcode. Its most important advantage is that we can store 100 times more information in it than any barcode.

Its next advantage is that it is very interesting from the marketing point of view, so that it can engage Customers very easily. Due to which the company gets good marketing in very little investment.

A QR Code reader can be easily downloaded and used, which is completely free. Similarly, any customer can enter a business very easily with the help of his SmartPhone.

There are many websites that give the opportunity to generate a QR Code for free. Therefore, the company chooses its option as per its requirement.

Let us now see where we can use QR Codes in business related scenarios.

By now you must have understood that with the help of this we can do many things. You can easily engage a lot of customers.

We can also use it to log in to the mobile, so that we do not even have to enter the password again and again.

This is a very low tech solution that can be used in any device (should be just a camera). These are millions of times better than its ancestor Barcode for use.

Despite having so many advantages, it also has some disadvantages such as the issue of some security problems. It can be changed very easily or if it is said, dangerous things can be put in it.

For example, if an attacker wants, then someone can put any of their malicious URLs on such a Code and will fix it in a place where there is a lot of traffic. With this, he can enter anyone’s mobile. Due to which there is a lot of danger to that user.

Just follow these below steps and put your URL in it will generate automatic QR for you. (Link your content here) 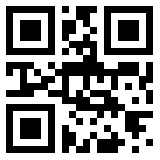 I sincerely hope that I have given you complete information about what is QR Code and how to create QR Code and hope you all have understood about this technology.

We request all of you readers that you too should share this information in your neighborhood, relatives and friends, so that we will have awareness among us and everyone will benefit a lot from it. I need your support so that I can convey more new information to you.

It has always been my endeavor that I always help my readers or readers from all sides, if you people have any doubt of any kind, then you can ask me irresponsibly.

I will definitely try to solve those Doubt. You should know what this article is about QR Code and how to scan this, please tell us by writing a comment so that we too have a chance to learn and improve something from your thoughts.